The Carmine Chip is usually farmed here, and often the Gray Chip as well. 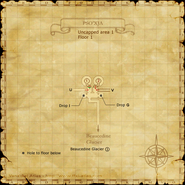 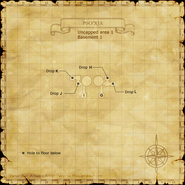 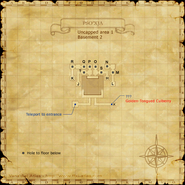 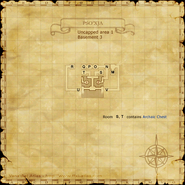 Elementals often pop in the chests' place. Be careful and pull the elementals away (between the 2 rooms is fine) from the coffers to pop. Bring a full party of 75s to be safe.

The Cyan Chip is usually farmed here, and often the Gray Chip as well. 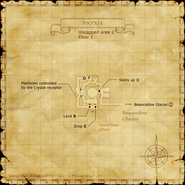 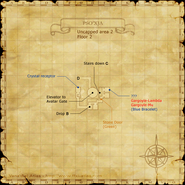 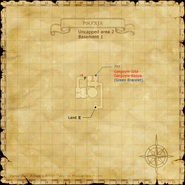 This map is a bit of a puzzle; the Stone Doors marked on the map require the matching Blue Bracelet or Green Bracelet (key item) to pass through.

This tower also has 4 Snow Lizards if the F-7 tower is overcamped. 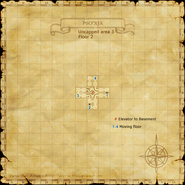 You've learned from the Tenshodo that Chief Cid is collecting rare colored chips found in the ruins of Pso'Xja. Bring him a set of three (one carmine chip, one gray chip, and one cyan chip) to receive your reward.

Community content is available under CC-BY-SA unless otherwise noted.