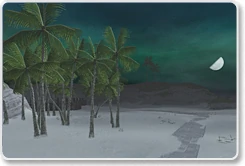 1. Nightmare Flies - unlock support jobs:
The flies move around a lot so they won’t be found in the exact same spot each time but they will be in the same general area. The flies should be pulled as soon as possible. Time is very important here so pull them as quick as possible and expect the rest of the alliances to be ready when they get there. After the support jobs are unlocked, buffs will wore, check rr!