The April 18, 2006 update changed the TP system so that weapons of various Delays would gain TP at relatively the same rate. The 5.0 TP floor was removed, and weapons of higher Delay gain TP at a rate similar to that of low Delay weapons. Shortly after the update, the players from Studio Gobli found the new TP formulas. The new formulas are: 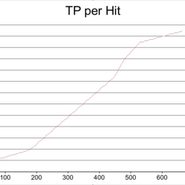 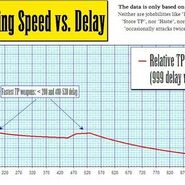 Relative speed of TP Gain vs delay of the weapon 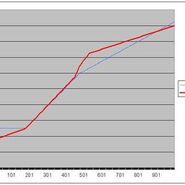 Before vs. After Update
Add a photo to this gallery

TP gained per hit is truncated after the first decimal position : say you use an Horror Voulge (Delay:489), the formulae above result in 13.27 TP/hit, which is truncated to 13.2 TP/hit.

Other instances in which a player gains TP:

Retrieved from "https://classicffxi.fandom.com/wiki/Tactical_Points?oldid=238"
Community content is available under CC-BY-SA unless otherwise noted.